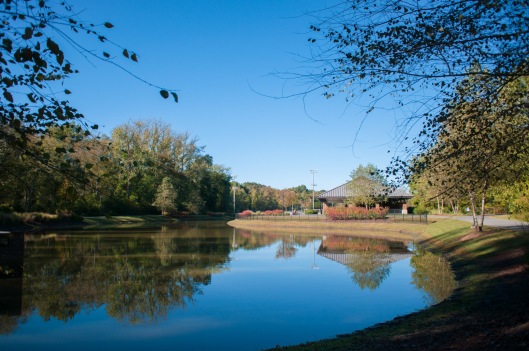 When I settled here in Rock Hill nearly a year ago, Manchester Meadows Park was the logical place for me to run. It is the closest park in proximity to my residence, provides a safe and friendly environment and is very easy to navigate. The 1.1 mile loop circles several soccer fields, a pond/fountain and two designated play areas for children. 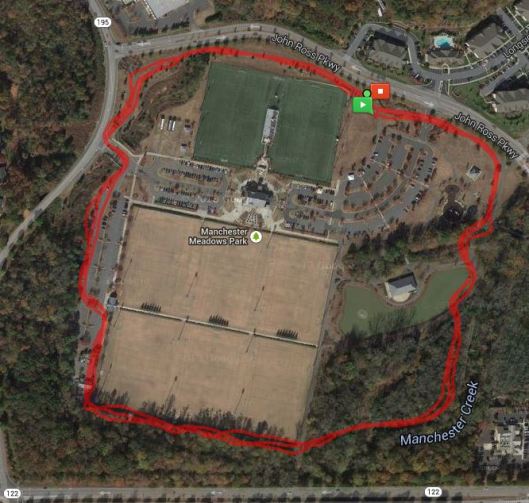 Naturally, running around in circles doesn’t do much for scenery changes and trail diversity, but it does get the job done. On the South end of the loop there is an outlet that meanders over a bridge and out to Dave Lyle. Past the bridge is a sign that indicates that the trail extends to 1, 2, and 3. 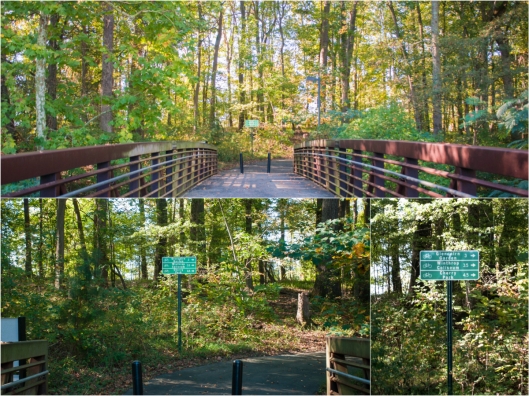 After a few weeks of running around in circles and navigating all the ins and outs of Manchester Meadows Park, like a maturing cub, I obtained an unquenchable urge to venture out. I wondered how the trail worked, I asked myself how I was going to know where I was going…which turn to take? So on a Saturday, with no other obligations or time constraints, I took the journey. I was pleasantly surprised at what I stumbled upon.

Granted, I do have a little knowledge concerning navigating Rock Hill, but I was able to run from my home, through Manchester Meadows Park, around Winthrop Lake, through Cherry Park to Hargett Park on Deas Street, with relative ease. For me, it turned out to be a pleasant 6.54 mile run (one way). 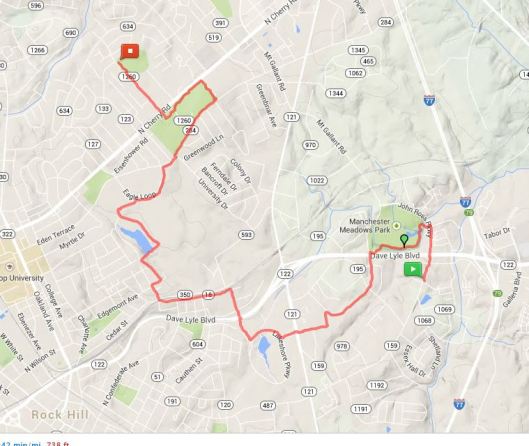 So how did I do it…how did I know where to go? I wasn’t aware at the time that this was the City of Rock Hill’s Park-to-Park Bike Route, a city project lead by the Bicycle and Pedestrian Task Force, which involved a great deal of planning and effort from a host of individuals and organizations. Lucky for me, that planning included designating the route with signs. 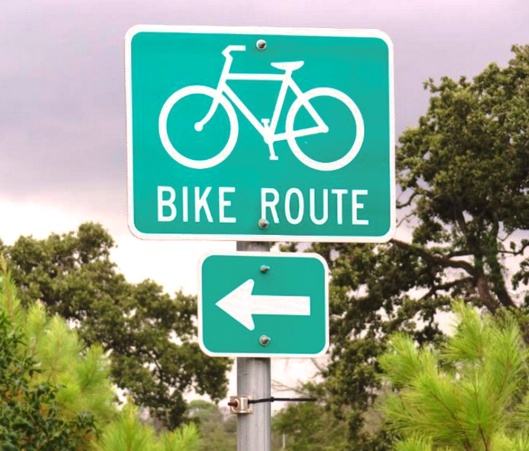 All I thought was, “maybe I can follow these signs.” Sure enough, there is a sign at every turn. Every time you may possibly have a question regarding which way to go, conveniently there is a sign there to guide you.

Standalone, Manchester Meadows Park is not a place I would think of for riding a bike. However, the City of Rock Hill has taken the time to plan and designate a route that is enjoyable for leisure runners and cyclist, which makes the park a great place to start. Of course, I had to try the route on a bicycle. At 13 miles round trip, it was my longest ride up to that point. It was also the ride that prompted my discovery and surmounting of the Central York County Route and the Reservation Route.

If you are unfamiliar with the area you can find a helpful map of the Park-to-Park Bike Routes here. Obviously, you can start anywhere that is convenient for you; however, for those traveling by vehicle to access the route, both Cherry Park and Manchester Meadows Park are great places to park. Also, for anyone looking to add a little distance to this route, you can make loops at both parks, around Winthrop Lake, Winthrop Coliseum and/or Tech Park (Lakeshore Parkway).

Lastly, a big thank you to the City of Rock Hill Utilities Department for an outstanding job mending the greenway near Anderson Road. Earlier this year the Utilities Department orchestrated the Manchester Sewer Rehabilitation project which involved the removal of sewer lines which were previously installed in the 1940’s.

During the approximately $4.7 million project, new sewer lines were also installed. In order to complete the project a small portion of the greenway was removed and subsequently reconstructed.

For those who have neglected this route due to the swamp, gravel and mud that previously existed across the street from the Baxter Hood Center, please note that this construction is complete!

Be aware, however, that a similar project is being planned along the trail towards the entrance to Tech Park. This future project is projected to commence in the summer of 2016 if all goes as planned.

You can expect some of the trail to be closed during this time, but rest assured, once it is all said and done, we will all share the benefit of swift toilet flushes and a new stretch of fresh pavement to boot.

For reference, this greenway extends from York Technical College to the Northside Recreation Center, running parallel to Dave Lyle Boulevard.

The greenway is mentioned in this blog because of its proximity to the Park-to-Park Bike Route. The 6 mile route below is from the Manchester Meadows Park to the Northside Recreation Center and utilizes the greenway mentioned above. 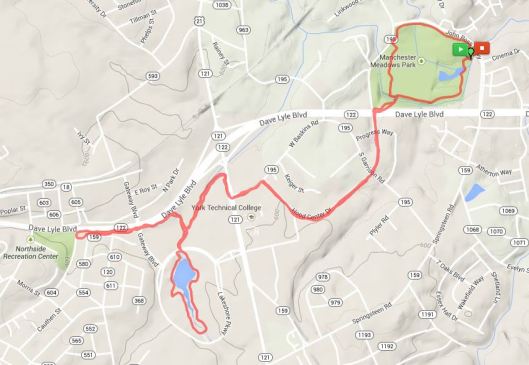 If you’re in the area and want a guide or any advice, or have an interest in blogging with us, get in touch with me at atlasconcepts@yahoo.com.

Jordache Williams is a resident and local business owner in Rock Hill, SC. His first glance at Rock Hill was obtained while attending Winthrop University near the turn of the 21st century. After an eight-year enlistment in the United States Army, Jordache settled down in Rock Hill with his wife Jessica and daughter Gia. He enjoys sharing his local experiences as a way of promoting mental and physical health.